The Knowledge Media Research Center and the ScienceCampus Tuebingen would like to wish all its partners, supporters, and friends a Merry Christmas time, nice holidays and a Happy New Year 2011! 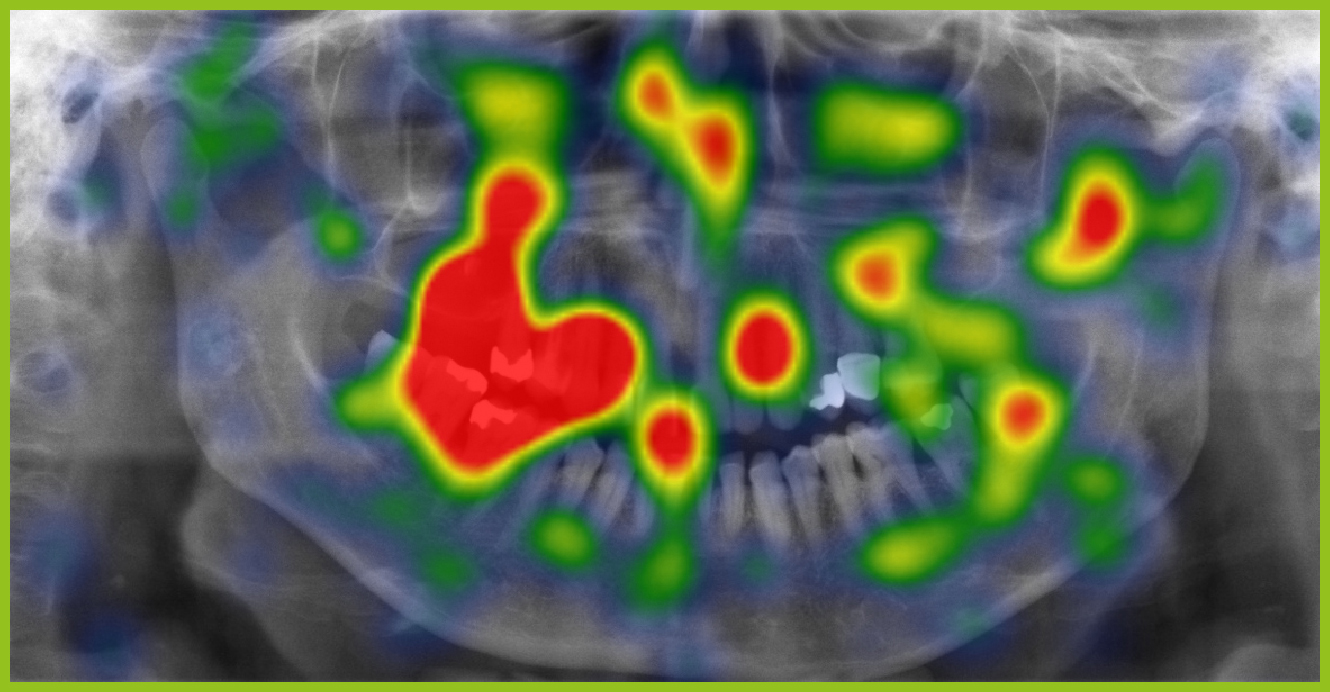 The Leibniz Association is an umbrella organisation for 86 institutions in Germany conducting research or providing scientiftic infrastructure.

The Leibniz Association awarded its annual prize for the best doctoral thesis in the field of humanities to Kristin Knipfer. Kristin Knipfer has been working as a scientist at the KMRC since 2008. The jury honored her for her dissertation on "Pro or con nanotechnology? Support for critical thinking and reflective judgement at science museums."

The Leibniz Association is the umbrella organization for 86 extra-faculty research institutes in Germany.

About 50 scientists from different disciplines came together to discuss and present running projects of the ScienceCampus "Informational Environments". In addition to project presentations and the introduction of the new corporate design there was also room for a meeting among the doctoral students of the ScienceCampus. 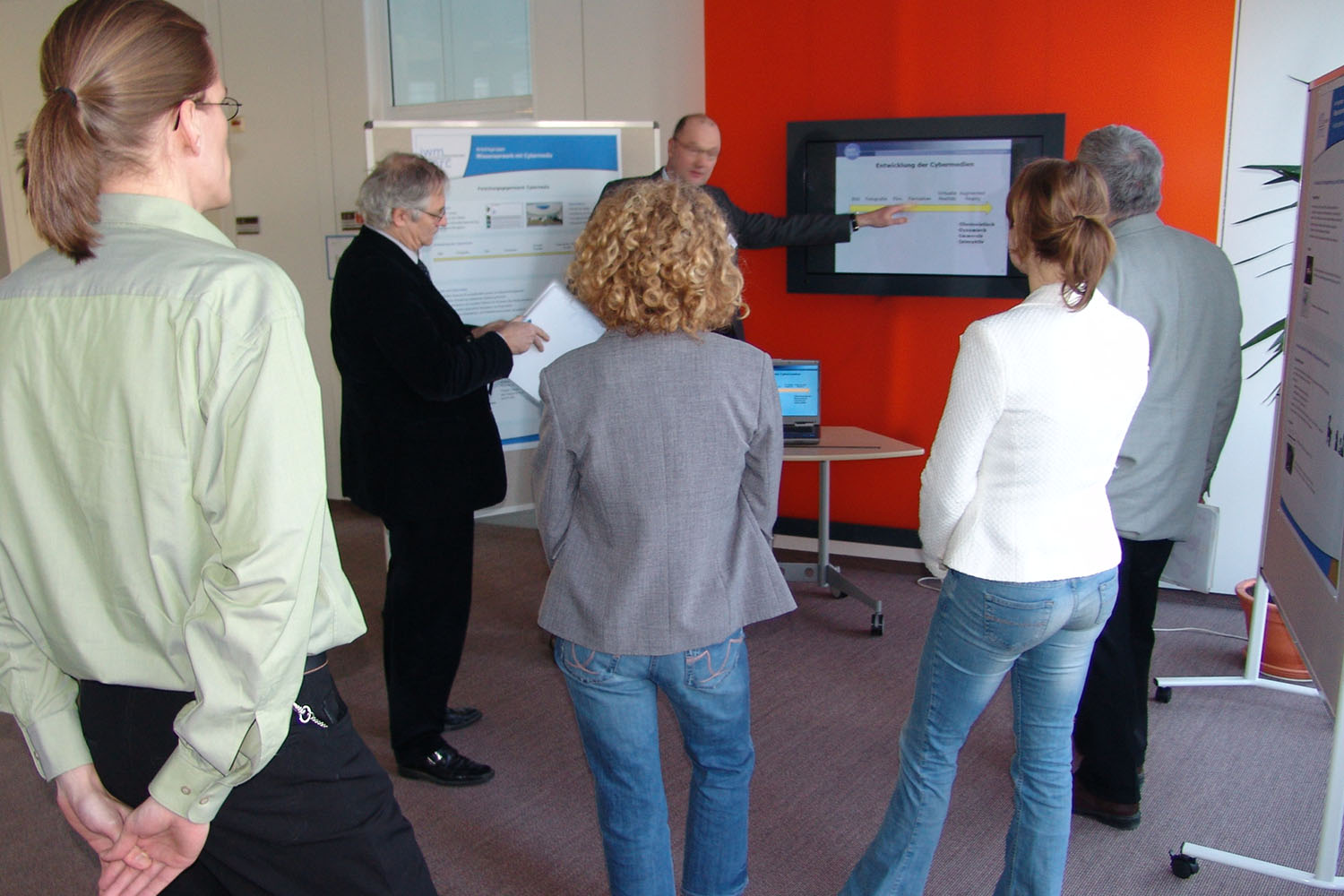 Researchers of twelve European partners participate in the kick off meeting of NEXT-TELL, a new integrated project within the 7th Framework Program dealing with "Next Generation Teaching, Education and Learning for Life".

The main objective of NEXT-TELL is to provide computational and methodological support to teachers and students so that they have nuanced information about learning when it is needed and in a format that is supportive of pedagogical decision making, thus optimizing the level of stimulation, challenge, and feedback for students. KMRC - with its expertise in high-quality quantitative and qualitative empirical research in the field of technology-enhanced learning - will contribute to develop and implement a research methodology that upholds methodological standards and meets the challenge to integrate results from different educational systems.

At August 17th one of his first visits led Prof. Dr. Karl-Ulrich Mayer, the new and first professional President of the Leibniz Association since July 1st, 2010, to Tuebingen. There, where the Director Emeritus of Max Planck Institute of Human Development and Stanley B. Resor Professor of Sociology at the Yale University (USA) had studied one year, he visited the Knowledge Media Research Center, the University of Tuebingen and their common research network ScienceCampus Tuebingen Informational Environments.

At this year's Cognitive Science Society Conference in Portland, USA, and at the Earli SIG 6/7 interest group meeting in Ulm, Germany, Prof. Dr. Peter Gerjets gives a lecture on "Bridge over troubled water: From Cognitive Science to designing digital instruction".

The lectures give an overview of concepts and methods in the field of Cognitive Science that have been applied to develop and optimize instructional design material within the last years. Prof. Gerjets draws conclusions from this research program and shows consequences for further research in the field.

The recorded lecture can be found online at tsn (thesciencenetwork).

The meeting of the Earli Special Interest Group 2 (Comprehension of text and graphics) deals with the influence the representation of learning material has on learning.

For a closer look at the program, please visit the conference website.

For her PhD thesis on "The inclusion of a new group into the self-concept" Dr. Christina Matschke was honored by the University of Tuebingen with this year's reward for the best PhD thesis at the Department of Informational and Cognitive Science.

Ms Matschke has been working at the KMRC since 2007 and is actually coordinating the project Patongo.

A joint German-Turkish research study with first-time film viewers shows under what conditions viewers understand or do not understand stylistic devices and scenic sequences in films.

As a basis for their current study (recently published in Psychological Science 21 (7), p.1-7) researchers from the Knowledge Media Research Center and the Istanbul University recruited 20 adult inexperienced film viewers from isolated mountain villages in southern Turkey and showed them 14 short film clips. The results give new insights in the perceptual and cognitive basis of film: for comprehending films the reference to conditions of natural perception is less important than assumed. More important seems to be the existence of a line of action or a line of events. Both can even help to compensate problems that arise with shots which provide discontinuities. Without such a line, first-time film viewers had great problems to interpret stylistic devices within the film correctly.

Key researchers Prof. Dr. Stephan Schwan and Dr. Sermin Ildirar demonstrate that comprehending films roots in cultural preconditions as well as in higher cognitive processes such as being used to filmic design and presentation.

Lead partners from five different countries participate in the kick off meeting of MIRROR, a new project within the 7th Framework Program dealing with "Reflective Learning at Work".

The overall objective of MIRROR is to empower and engage employees to reflect on past work performances and personal learning experiences in order to learn in real-time, and to creatively solve pressing problems immediately.

KMRC will be heavily involved in the conceptualization of the reflection model and conduction of user studies to establish a scientific and methodological common ground among the project partners, as well as in determining the effectiveness of MIRROR-applications.

Renowned scientists and laymen alike are using blogs and social networks to get their messages to the public. Thereby, they are eleminating the middlemen and making scientific topics available to a broader audience. But are acacemic research and blogs compatible?

Does the new form of direct communication make scientific findings more transparent? What does science gain from direct contact with the general public and is this a positive experience?

The chinese delegation, headed by the China Youth Center in Peking, visited the KMRC to inform themselves about trends and technical developments in the field of e-learning and e-teaching.

Specific interest was directed towards the project e-teaching.org at the KMRC. The project runs an online platform to qualify teachers and lecturers to use digital media in their classes.

The trip to Germany had been organized by the Chhinese-German Association for the International Exchange of Experience of High Qualified Staff from Industry and Science.

In the course of the "Fulbright Teacher Spring Seminars 2010" 20 American teachers visited the Knowledge Media Resarch Center to discuss the use of "Digital Media in the Classroom" in Germany and the United States as well as to get an overview of the research undertaken at KMRC.

Since 2008, the American Fulbright Commission and the Pedagogical Exchange Service have been organizing these kinds of seminars to give teachers insights into the university and teaching system of the respective partner country.

The workshop brings together different perspectives on motivational and affective aspects of TEL and web 2.0 in order to foster the formation of a community between psychology, sociology, pedagogy, CSCW, and computer science.

- models and modeling approaches for understanding motivational and affective aspects

- design and methodologies for incorporating motivational and affective factors

Submissions are welcome until June, 27th!

2010-05-19  |  Kai Sassenberg with key note on "Becoming and being part of the team: On collective identity, self-regulation, and engagment" at WAOP/ ea-ohp summer school, June 1-2

In his keynote Kai Sassenberg addresses motivational factors which promote the engagement within groups and organizations. This year's WAOP and ea.ohp's summer small group meeting, taking place from June 1st to 2nd in Groningen, The Netherlands, deals with "Occupational Health and Engagement: A matter of Self-Regulation?"

Kai Sassenberg is head of the Social Processes Lab at the Knowledge Media Research Center Tuebingen and full professor at the University of Tuebingen.

On May 7th and 8th, the KMRC in Tuebingen will be hosting a workshop for junior scientists on brain and neuro science. Organizer is the Foundation of German Business (Stiftung der Deutschen Wirtschaft).

The workshop will integrate guest lectures, teamwork sessions as well as a visit of the technology park Tuebingen. Lectures will be given by Prof. Dr. Dr. Hans-Otto Karnath from the Center for Neurology at the University of Tuebingen, Dr. Tobias Schlicht from the Werner Reichardt Centre for Integrative Neuroscience Tuebingen, Thorsten Zander from Brain Products Berlin and many more.

The meeting of the Earli Special Interest Group 2 (Comprehension of text and graphics) focuses on how learning is influenced by the representation of the learning material. Besides text and picture, the SIG also considers other forms of representation as graphs, diagrams, concept maps, animations, equations, virtual reality, information and scientific visualization, haptics, multimedia, hypermedia, and simulations.

On that day, we invite the interested public to get to know KMRC's work on virtual realities. With the help of interactive technology installations, we offer both adults and children insights into 3D animations and digital technology used for learning purposes. Our highlight is the "Rebirth of a Dinosaur": experience it for yourself!

The 3D-dinosaur is brought to life using a mixed-reality technology that overlays a model skeleton with virtual muscles and skin. In addition, visitors will find several other experimental installations: experience a virtual soccer game, try out a driving simulation, and view 3D materials from the natural sciences. To complement the technology installations, there will be a talk given by Prof. Dr. Stephan Schwan, dealing with the potential that virtual worlds have for learning.

2010-01-11  |  Are you interested in doing your diploma in the area of Educational Psychology?

An American post-doctoral researcher at the IMW-KMRC is looking for a bilingual student to assist in an on-going research project, which could be used as the basis for your diploma. For further information please consider the document below and contact: Krista DeLeeuw.